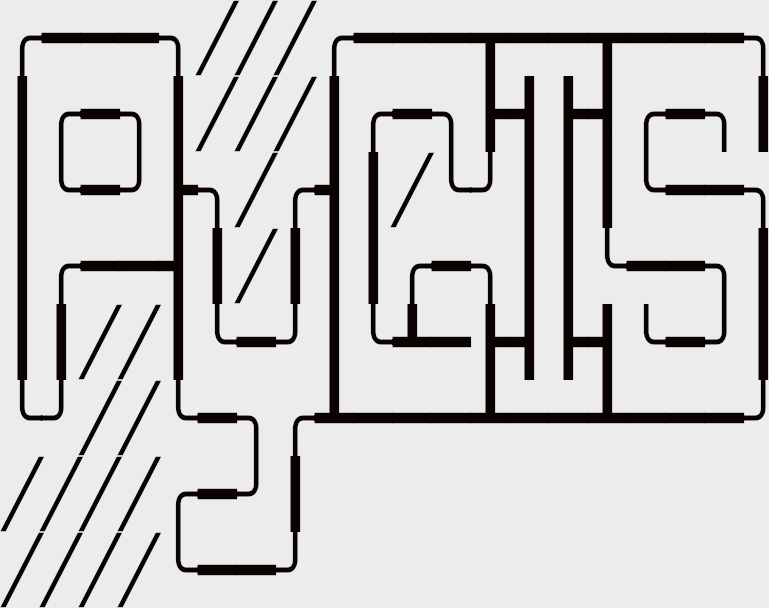 Dataframes are widely used in Python for manipulating data. Recall that a dataframe is essentially an Excel spreadsheet (a 2-D table of rows and columns); in fact, many of the functions that you might use in Excel can often be replicated when working with dataframes in Python!

This chapter will introduce you to some of the basic operations that you can perform on dataframes. We will use these basic operations in order to calculate and map poverty rates in the Commonwealth of Virginia. We will pull data from the US Census Bureau’s American Community Survey (ACS) 2019 (see this page for the data).

The census package provides us with some easy convenience methods that allow us to obtain data for a wide variety of geographies. The FIPS code for Virginia is 51, but if needed, we can also use the us library to help us figure out the relevant FIPS code.

Now that we have accessed the data and assigned it to a variable, we can read the data into a dataframe using the pandas library.

By showing the dataframe, we can see that there are 1907 rows (therefore 1907 census tracts) and 8 columns.

Let’s also read into Python a shapefile of the Virginia census tracts and reproject it to the UTM Zone 17N projection. (This shapefile can be downloaded on the Census Bureau’s website on the Cartographic Boundary Files page or the TIGER/Line Shapefiles page.)

By printing the shapefile, we can see that the shapefile also has 1907 rows (1907 tracts). This number matches with the number of census records that we have on file. Perfect!

Not so fast, though. We have a potential problem: We have the census data, and we have the shapefile of census tracts that correspond with that data, but they are stored in two separate variables (va_df and va_tract respectively)! That makes it a bit difficult to map since these two separate datasets aren’t connected to each other.

To solve this problem, we can join the two dataframes together via a field or column that is common to both dataframes, which is referred to as a key.

Looking at the two datasets above, it appears that the GEOID column from va_tract and the state, county, and tract columns combined from va_df could serve as the unique key for joining these two dataframes together. In their current forms, this join will not be successful, as we’ll need to merge the state, county, and tract columns from va_df together to make it parallel to the GEOID column from va_tract. We can simply add the columns together, much like math or the basic operators in Python, and assign the “sum” to a new column.

To create a new column–or call an existing column in a dataframe–we can use indexing with [] and the column name (string). (There is a different way if you want to access columns using the index number; read more about indexing and selecting data in the pandas documentation.)

Printing out the first rew rows of the dataframe, we can see that the new column GEOID has been created with the values from the three columns combined.

Remove dataframe columns that are no longer needed#

To reduce clutter, we can delete the state, county, and tract columns from va_df since we don’t need them anymore. Remember that when we want to modify a dataframe, we must assign the modified dataframe back to the original variable (or a new one, if preferred). Otherwise, any modifications won’t be saved. An alternative to assigning the dataframe back to the variable is to simply pass inplace = True. For more information, see the pandas help documentation on drop.

Now, we are ready to merge the two dataframes together, using the GEOID columns as the primary key. We can use the merge method in GeoPandas called on the va_tract shapefile dataset.

Success! We still have 1907 rows, which means that all rows (or most of them) were successfully matched! Notice how the census data has been added on after the shapefile data in the dataframe.

Some additional notes about joining dataframes:

Now that we merged the dataframes together, we can further clean up the dataframe and remove columns that are not needed. Instead of using the drop method, we can simply select the columns we want to keep and create a new dataframe with those selected columns.

Notice how the number of columns dropped from 13 to 9.

Next, we will group all the census tracts within the same county (COUNTYFP) and aggregate the poverty and population values for those tracts within the same county. We can use the dissolve function in GeoPandas, which is the spatial version of groupby in pandas. We use dissolve instead of groupby because the former also groups and merges all the geometries (in this case, census tracts) within a given group (in this case, counties).

Side note: Notice that C17002_001E (ratio of income to poverty in the past 12 months, total), which theoretically should count everyone, does not exactly match up with B01003_001E (total population). We’ll disregard this for now since the difference is not too significant.

Finally, since we have the spatial component connected to our census data, we can plot the results! 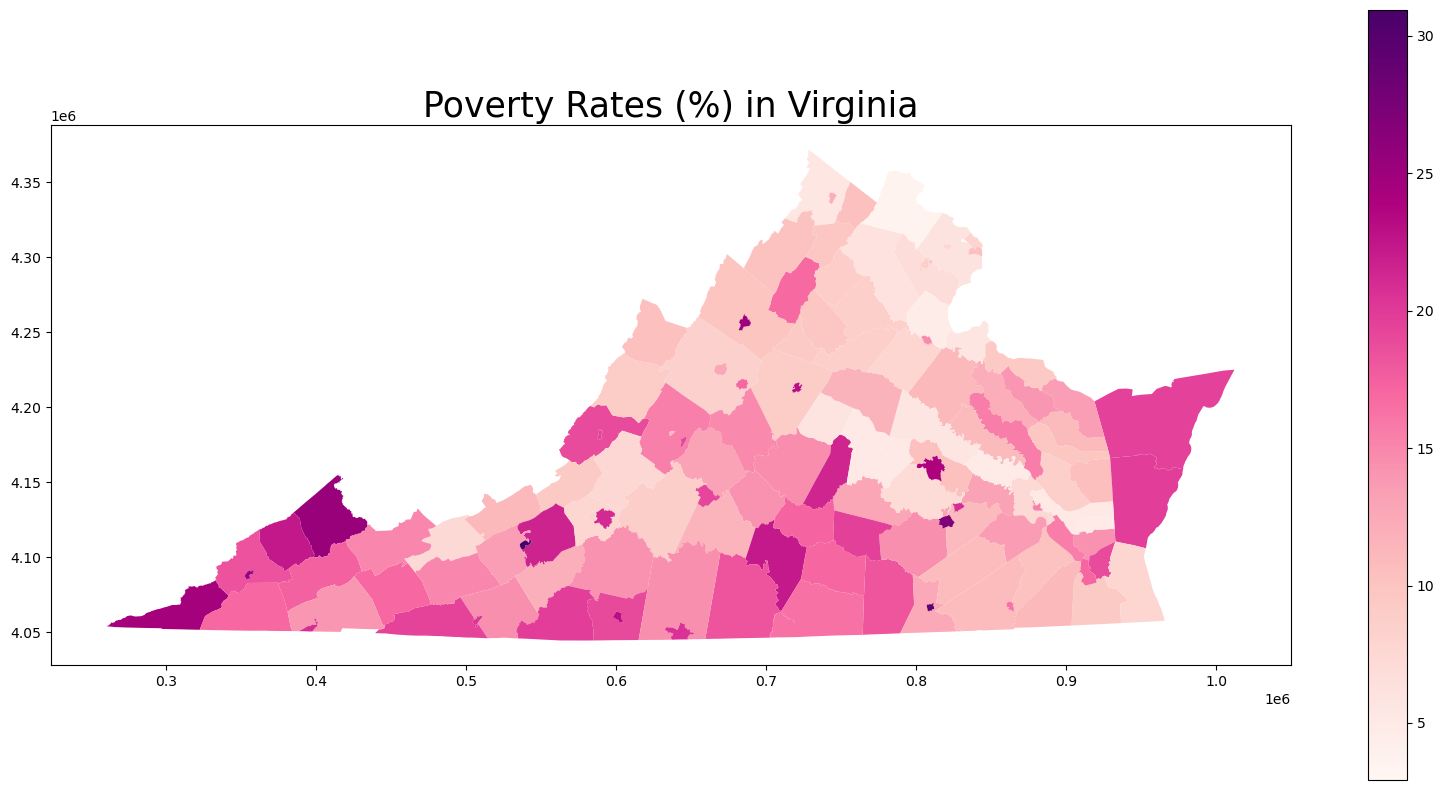